Hey Lovies!!! So I can't keep quiet any longer about this wonderful lash serum that I've been using...

I have had lash extensions for the past 2 years and to say that they put some strain on your natural lashes would be an understatement!!! I have always had super shot baby lashes, like 10 coats of mascara later maybe you could see a little somethin somethin...! So lash extensions obviously were calling my name until... duh duh duh... They stared looking less and less full with every fill (insert scream) so what do I do right?!?! I can't stop the lashes that's clearly not an option, I can't go back to that no lash life but something had to be done!


So when my lash lady told me about grande lash I was to say the least skeptical, I mean I had tried these things before and they never worked.... This one though, this one was safe to use with extensions so of obviously I'm all in... Now to give you an idea of my natural lashes, when I went in the first time she had to use mostly 9's but the very longest she could use on my lashes were 12's, seriously nothing longer would stay on.. Now after three months with this serum, this wonderfully amazing grande lash.. I'm happy to report she's now using 16's on my lashes with no problem.... Guys this stuff is so legit and I'm happy to report the fullness is better then ever!!! 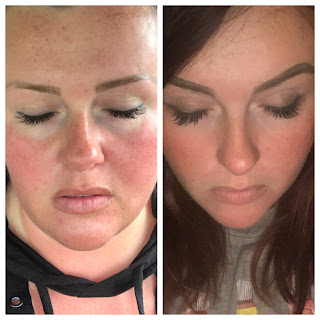 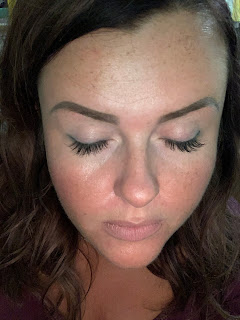 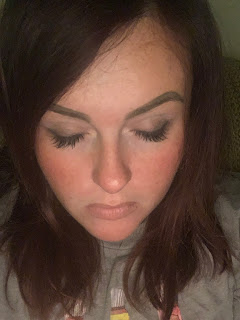 So as you can see I'm a pretty satisfied customer! I will never go back. I actually use it twice a day and it's supposed to only last three months but I still have some left in augusts bottle. You apply it just like you would apply liquid eyeliner. you can get your here directly from the grande lash website or here at sephoria!!!


Let me know if you have tried this before or if you have a different lash serum you prefer!
Until next time,
-XOXO
Posted by amanda turner at 8:45 AM

Hi I'm Amanda
Jesus is first.
Makeup, leopard and sparkles are my addictions.
My husband and children are my life.
Lashes stacked & dressed in black is my motto.
I am an artist, faces are my canvas.
I love to make people feel beautiful.

Some links provided may be affiliate links and they help support this blog.

Once Upon Amanda is a participant in the Amazon Services LLC Associates Program, an affiliate advertising program designed to provide a means for sites to earn advertising fees by advertising and linking to Amazon.com.”